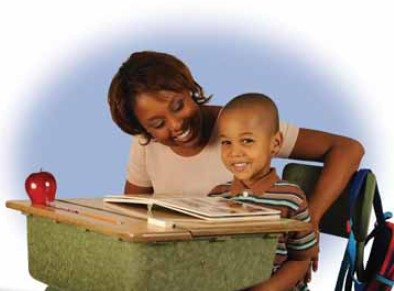 Putting a child through college or university can cripple a parent’s finances.

As most savvy mothers and fathers know, the government offers some help through the Registered Education Savings Plan (RESP), a tax-deferred investment. The government also provides education grants of up to $500 annually per potential student – to a lifetime limit of $7,200.

For some, that may not seem like a lot of money when you consider it can cost up to $100,000 to send a kid to university when tuition, books, housing, food and other expenses are considered.

Another avenue parents are now using is the Tax-Free Savings Account (TFSA), first introduced in 2009 as a way to sock away funds with the added benefit of having them sheltered from the taxman.

Which of the two investments is more effective to save for future education costs? As is the case with most investments, it depends on the family’s financial situation and goals.

An RESP is specific to savings for post-secondary education, while a TFSA is for general savings, which can goes towards school, buying a home or a trip around the world.

For education, both the RESP and TFSA have benefits and limitations, personal finance expert say.

Let’s start with the RESP. According to Kim Parlee, vice president at TD Wealth Management and the host of MoneyTalk on BNN, the benefits are the 20-per-cent top up, to a maximum of $500 per year, through what’s known as the Canada Education Savings Grant (CESG).

“For anyone that is looking to put their first dollar into their child’s education, that has to be the first place you look because that return is so worthwhile,” says Parlee.

With an RESP, parents (or other contributors should the potential student be so lucky) can make contributions up to a maximum of $50,000 per child until he or she turns 31.

“The magic of the RESP is the government grant,” adds personal finance expert Bruce Sellery, author of Moolala.

“It is worth up to $500 every year and you don’t get it with a TFSA,” says Sellery. “Besides, the investment income generated in the RESP is sheltered from tax anyway so there isn’t an advantage to a TFSA. And both accounts use after tax dollars. Unlike an RRSP, there is no deduction.”

The drawback with an RESP comes if your kid decides not to attend college or university, which means the government will get back its share, including any investment made off that portion. Of course, you get to keep your own funds and any money made of those.

The other potential downside to an RESP is that once the money is withdrawn it will be taxed. That’s not a huge concern since post-secondary students tend to have low, if any income that would cut into the funds. Still, Parlee says it’s worth pointing out to parents.

“For families with children who have income while in school, they need to think about that,” she says.

TFSAs are a good education-savings option because they provide more flexibility. Parents can now contribute up to $5,500 per year and the money is easy to contribute and to take out. Both moves can also be made tax-free.

You are rewarded for investing well,” says Parlee.  “If you put money into a your TFSA and get a great return – you get a bang for your buck because that money accumulates tax free and is withdrawn tax free.”

Of course, there’s no government contribution as with an RESP.

Parlee also notes that parents may not have the discipline to keep their kid’s education money growing in at TFSA if – and often when – other financial issues come up.

She argues both are good instruments for investing in a child’s future education. Ideally, parents who can afford it should take advantage of both the RESP and TFSA, which is easier said than done.

From an article by Brenda Bouw in Yahoo! Finance Canada