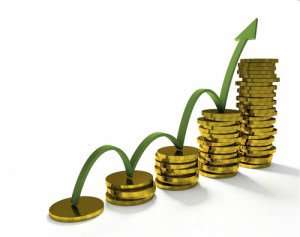 Do you have a Registered Education Savings Plan (RESP) for your child? Remember the age 15 deadline if you have not yet opened an RESP for your child. If your child was born in 1999, this is the year to open an RESP and deposit $2,000 before Dec. 31. You will be rewarded with a $500 matching federal government grant for 2014.

The Saskatchewan Advantage Grant for Education Savings (SAGES) was introduced in 2013. The Government of Saskatchewan will provide a grant of 10 per cent on contributions made into an RESP to a maximum of $250 per child per year. The child must reside in Saskatchewan.

Unused SAGES amounts carry forward. This makes it possible for you to “catch up” on any unused grant room if you did not put the maximum amount into the RESP in 2013.

In other words, a first-time $5,000 deposit to an RESP can result in combined federal and Saskatchewan government grants totalling up to $1,500.

By the time your child is a teenager, you should be holding a fairly conservative RESP portfolio asset mix. When RESP educational withdrawals are expected within five years, you should consider replacing any equity investments with short term bonds or GICs to minimize the risk of loss. Resist the temptation to gamble by investing RESP savings in a booming stock market.

What if a grandparent is the subscriber (owner) of the RESP? On death, the RESP could be tied up in the estate. What if the executor needs to liquidate the owner’s RESP to pay debts, such as the funeral bill and income tax?

The grandparent subscriber can protect the RESP by including a specific bequest in his or her will. Better yet, immediately transfer RESP ownership to the parents of the beneficiaries, while the grandparent is still alive. An RESP with younger, joint subscribers has more certainty of remaining intact until grandchildren complete their post-secondary education.

Suppose, for example, you have three children. Should you have three RESPs? If one or more children do not enrol in post-secondary education, you risk forfeiting government grant money. Reduce the risk of grant forfeiture by setting up one multi-beneficiary family RESP.

If only one child goes on to post-secondary education, that child can enjoy the benefit of the entire family RESP. Remember that an RESP doesn’t have to be terminated until the end of the 35th year following the year of opening the plan. A family plan can accommodate a wide range of ages for post-secondary enrolment among beneficiaries.

Have you diligently made optimum annual RESP contributions since the Canada Education Savings Grant (CESG) program was initiated by the government in 1998? If so, you can expect to reach the $7,200 lifetime maximum federal CESG limit in 2014.

A low-income family should open an RESP even if they cannot afford to make any deposits.

For a qualifying family, the Canada Learning Bond grants $500 for the first eligible year and $100 for every additional eligible year until the child turns 15 years of age. Total incentives can add up to $2,000 to an RESP of each eligible beneficiary.