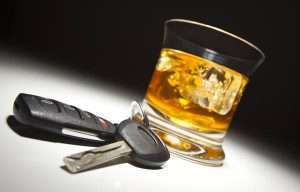 Students who admit to their habit of driving buzzed or drunk — and are willing to write about it — could receive a $1,000 college scholarship this spring.

Christian Schwaner, a private defense attorney in Colorado Springs, launched the First Step Scholarship this fall in an effort to decrease the number of high school students driving under the influence of drugs or alcohol. The unique scholarship has stirred a mixed response from the community, with some enthused about the new approach and others urging caution.

Schwaner, who is also the father of a high school senior, has represented dozens of young drivers who made the mistake of driving after drinking, he said. The scholarship will help students admit their mistakes by researching the dangers of driving under the influence.

“I was trying to find what might be something that is a light-bulb moment for these kids,” Schwaner said. “Self-admission and self-education are very powerful tools.”

Students applying for the scholarship must submit an essay to Schwaner admitting to driving under the influence of alcohol or drugs and provide a detailed account of those incidents. Applicants must then research statistics and information about drunken and buzzed driving and use that research to create “concrete steps” to ensure it will not happen again.

Colorado State Patrol spokesman Trooper Nate Reid said he supports any attempt to reduce the number of people who drive under the influence of drugs or alcohol, but he urges caution in creating any incentives for underage drinking. In addition to the essay, Reid suggested requiring applicants to sit on a Mothers Against Drunk Driving panel or creating some kind of ongoing contact with the winner to ensure they follow through on their plan.

“I think it’s a good deed he’s doing,” Reid said. “I hope the program works and these young people can admit their faults and then educate their peers. I just think there needs to more to it.”

But Schwaner said he does not think the scholarship rewards or encourages drinking and driving, and in some cases, students applying for the scholarship will also have to admit their habit to their parents.

“If he can get a kid to think about what they are doing before they do it again, then great for him,” Waller said.

During the past two years, Waller has introduced legislation that would make some DUI charges felonies for repeat offenders. Neither effort was successful, and Colorado remains one of four states that don’t impose felony penalties for drunken driving.

“The average person drives over 80 times before they are caught drinking and driving,” Waller said. “If (Schwaner) has kids engaging in something thought-provoking to change that behavior, after the third or 10th time, that potentially saves lives.”

Schwaner, who has not yet received any applications, said he knows the scholarship “isn’t perfect.”

Still, he is excited to see where it goes.

Applications can be found on Schwaner’s website and must be submitted by May 1. The winner will be announced on Aug. 1.