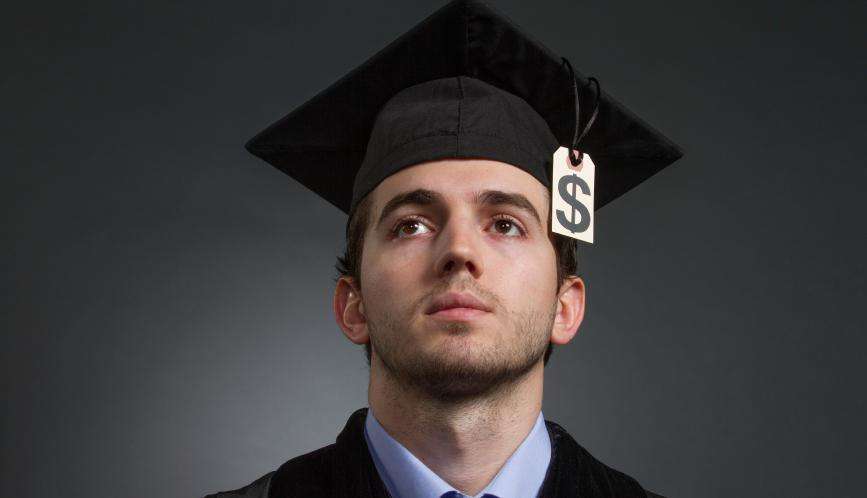 But there’s a catch.

In return for free tuition, students have to agree to pay a fixed percentage of their future income for a specified number of years to a special education fund that would pay other students’ college bills.

Michigan’s plan would require students to agree to pay a fixed percentage of their post-collegiate income — 2% for community college students and 4% for university students — to the fund for five years for each year they attended school under the program. So, a student who went to the University of Michigan and graduated in four years would have to pay 4% of their income back every year for the first 20 years after college.

“The goal is to remove every financial barrier to high education,” said state Rep. David Knezek, D-Dearborn Heights. “We’ve increasingly place the financial burden of college on the backs of the students. This is a no-interest plan that allows you to pay back as you go and as you can afford it. It takes the monkey off the student’s back.”

Parent Will Lankey, 53, of Novi, likes the concept.

“I worry about how my daughters are going to be able to pay back their loans,” he said. He has two in college. “If they have to use a big chunk of their salaries to cover those loans, they aren’t going to be able to buy a house, buy a car, or afford all the other stuff you need to live. If this could help that, that would be great.”

The legislation introduced in Michigan would establish a fund — and prime it with $2 million in start-up money — for a pilot program involving 200 students. The state treasury department would be in charge of tracking the money and verifying income.

“The only thing free about this is it is interest free,” Knezek said. “You go into the program and as soon as you have a job and are above the federal poverty line, you start paying.”

“I think $2 million is a drop in the buck when you consider the payback and benefits,” she said.

John Burbank, executive director of the Economic Opportunity Institute in Oregon, is one of the main proponents of the pay-it-forward tuition measures.

“With disinvestment in higher education by states, there’s tremendous financial pressure on students,” he said. “When they take out large loans, trying to pay them off can really hurt their ability to do other things.

“This is really a pretty simple mechanism for helping students afford college.”

He said the plan helps students manage costs because the payment scales with income. For example, someone using the Michigan plan to go through college, and getting a job with a $30,000 a year salary, would pay $100 a month.

“The percentage you’d have to pay is predictable and predetermined. You don’t have to worry about interest rates fluctuating. It’s all locked in.”

Last summer, Congress passed a law tying interest rates on loans to the market. The law set rates for all the loans at different levels, but based them all on the 10-year U.S. Treasury rate and allowed rates to change each year.

Currently, the rates on federal student loans range from 3.86% for newer loans to as high as 6.8% on older loans. Loans to graduate students and parents have much higher interest rates.

There are some advantages to a pay-it-forward tuition program, said Susan Dynarksi, a professor at the University of Michigan and an expert on higher education finances.

“Borrowers are struggling to pay back their student loans. We have an inflexible system for repaying student loans that hits borrowers hardest right when they get out of college, when their incomes are lowest and most uncertain.

“Spreading payments over 20 or 25 years, and linking them to earnings, ensures borrowers against hard times. Payments flex up and down automatically, with borrowers paying less when their incomes dip and more when incomes rise.”

But there are drawbacks, she points out.

A borrower who does well in the labor market could end up paying back many times the cost of his or her education. Payments go on for a fixed number of years, and don’t stop even if a borrower has paid back a debt many times over.

“As a result, those who expect to earn a lot won’t participate. If the future starving artists flood into pay it forward and the future engineers shun it, the program will spiral into insolvency. An easy fix is to denominate the debt in dollars rather than years. When a borrower finishes paying off her loan, she stops paying.”

Michigan’s plan hasn’t been scheduled for any hearing in the Legislature.

(Article written by David Jesse for The Detroit Free Press)