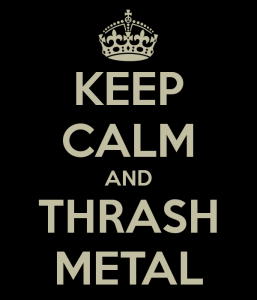 Fourteen “indie” music acts, ranging from Japanese acid punk to thrash metal, have been selected to receive government grants in a bid to find a new wave of artists who can follow Mumford & Sons’ path to international success.

Metronomy, the acclaimed electro-indie group and Band of Skulls are among the artists hand-picked by Lord Livingston, Trade Minister, to receive grants of up to £50,000, awarded to “support UK music exports” and help artists break into overseas markets.

Inspired by the international success of Bastille, London Grammar and Alt-J, the Government has invested £550,000 of public money in the “Music Export Growth Scheme”, administered by UK Trade & Investment (UKTI) and the BPI.

The successful applicants include Bo Ningen, a Japanese-born, London-based acid punk group who are using their grant to fund a trip to play at the Austin Psych Festival in Texas this weekend.

Lord Livingston, a former BT chief executive given a ministerial role by David Cameron, gave a thumbs up to London thrash metal act Savage Messiah, whose latest album The Fateful Dark includes the tracks “Scavengers of Mercy” and “The Cursed Earth“.

The minister was guided by a panel of music industry experts representing independent labels. The grants are not loans and the government is trusting the artists to use the windfall, designed to support international tours and promotional campaigns, wisely.

Jessica Davies, of Sussex dream-pop duo Smoke Fairies, said: “It’s quite surprising in the current financial climate that the government is funding musicians but it’s really good that they are investing in the arts. The music world can be fickle so the government knows the grant might not produce immediate success but over time we hope it will help lead to big things.”

Smoke Fairies were the first UK group invited by Jack White to record at his Third Man Records studio in Nashville and the award will help the band capitalize on that interest. “It wouldn’t be possible for us to take our full band to the US without this funding,” Ms Davies said. “This will help pay for a tour van, hotels and musicians.”

Charli Taft, a Liverpool singer-songwriter whose material has been compared to Adele and Carole King, is using her award to attend songwriting camps in Copenhagen, Seoul and Los Angeles. “I’m going to Seoul to join a writing team for Girls’ Generation, one of Korea’s biggest ‘K-pop’ groups. I’ve already had a song on a number one album of theirs but I’ve never been to Asia so it’s very exciting. Then I’m going to work with R&B/pop producers for my album in LA.”

She added: “It’s impossible for new artists to get funding for self-development if they aren’t on a major label so these awards are vital.”

The awards, created after a Downing Street music industry summit with Mr Cameron, have been distributed to reflect musical genres from the nu-grunge of Leeds band Dinosaur Pile-Up to soul, electronica, jazz and folk.

Lord Livingston, who will make £2.5 million available for British rockers over two years under the scheme, said the grants would help a British music industry which is already a “global success story”.

He said: “From The Beatles to Adele to Mumford & Sons, Britannia rules the airwaves and sells more records around the world than almost any other country.

“This exporting strength brings jobs and economic growth to the UK and the Music Export Growth Scheme lets up-and-coming British artists up the tempo on the international stage.”

John Kennedy, Chair of the Board for the Music Export Growth Scheme, which helped choose the successful acts, said: “As we go through these applications it is refreshing and invigorating to see the breadth of talent enthusiasm passion and determination.

“Demand for funds far exceeded our ability to fund which shows how important the monies are but also means that the chosen projects have a responsibility to deliver on their promise as that will help the industry as a whole.”

Drenge, the punk duo cited by Labour MP Tom Watson as his favourite group, were beneficiaries of a UKTI financial award in February.

Bo Ningen said: “It [the award] was a massive help to us and gave us a great opportunity to perform Coachella, one of world’s acclaimed music festivals. We couldn’t have made this US trip and all the amazing shows out here happen without this export fund.”

“BPI is at the centre of initiatives to support British artists and music companies and we hope that the Music Export Growth Scheme will help a new wave of British artists to define the sound of success in 2014 and beyond.”

Applications for the next round of Music Export grants are welcomed at  https://www.bpi.co.uk/export-scheme.aspx

(Written by Adam Sherwin for The Independent)