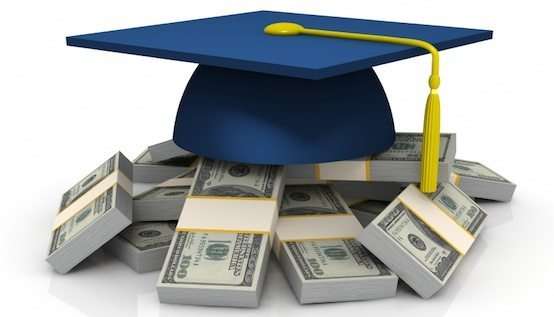 The issue of student loan debt and repayment is a gathering storm on the American horizon and political landscape. On an individual basis, you may be hobbled by big student loan debts that are making it difficult for you to buy a house or car, or even to make ends meet.

Some have proposed that government money be allocated for student debt relief, but idea hasn’t gained much traction. Worse yet, the interest rates on new and existing debt obligations may increase, causing the problem to go from bad to worse. You may have heard that the total student loan debt in the US exceeds even the amount of total credit card debt, so you know it’s a lot of money at stake.

It’s anybody’s guess what lawmakers will do, if anything, to ease the situation for indebted graduates, with government money, changes in regulations, or some other remedy. In the meantime, though, you can become familiar with ways to ease, or at least postpone, your student loan debt burden.

One way is through student loan forgiveness programs. In general, they usually involve agreeing to work in a particular profession in an under-served community, or teaching in a subject area with critical shortages. Federal government money is allocated to help remedy the problem that some rural or inner-city areas don’t have good access to sufficient health and education resources.

Another possibility for having some student loan debt forgiven is to enlist in the military. The amount of student loan forgiveness may be tied to the type of work you do in the military. If it’s one that has a shortage of qualified personnel, then more government money will be offered as an inducement. If you’re more of a pacifist, you can join the Peace Corps and have your student loan deferred during your time of service.

If these aren’t viable options, then there are some options to make your payment easier. There are lots of variations because among student loans, some are private, some are government money, and many rules govern the type of loan, whether it’s subsidized or unsubsidized, and when the loan was issued. We’ll look at some generalities, but you’ll need to check into your own specific loan(s) for the exact set of options available to you.

You may be able to defer repayment of your loan under certain circumstances, such as unemployment, disability, re-enrollment in school, active military duty, or economic hardship. The most important thing to remember is that you may still be accruing interest during the deferment period, so when you start making payments again, the amount you owe will be bigger. In some cases, government money may go toward deferring your interest as well, but be sure to find out and make certain that you understand the terms of the deferment.

There’s also the Income-Based Repayment Plan, which ties your repayment to the amount that you’re earning. The idea is that your earnings will go up over time, and your repayments will ramp up accordingly. Government money subsidizes your lower initial payments in the beginning, but you do end up paying all you owe, just not in equal amounts.

I’ll also mention student loan default, just to recommend that you not consider it, no matter what. You’ll ruin your life if you do this. The government wants its money back, and you can’t discharge the debt through bankruptcy. The feds are very serious about recovering the government money they’ve paid out in student loans, and will do everything from seizing your income tax returns, to garnishing your wages, to wrecking your credit score. So the only thing you need to remember about default is “don’t.”

Of course, the best thing is to get all the free government money and scholarships you can, to pay for your education. Barring that, try to minimize your debts and either make a plan to pay them back responsibly, or take advantage of one of the methods of having them fully or partially discharged by trading your valuable services for government money.