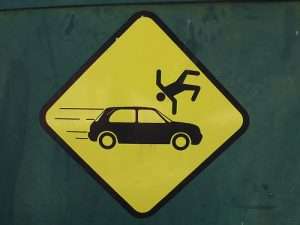 It’s been getting more dangerous to walk in the United States, but government grants may help ease the situation.

In 2012, the last year for which complete data are available, 4,743 pedestrians were killed in traffic crashes. That total represented 14% of all traffic deaths that year; a decade earlier, pedestrian deaths had been 11% of all road fatalities. The 2012 total was a 6% increase over the previous year.

Every two hours, on average, a pedestrian is killed. One is injured every seven minutes. “This is not something that just happens in some other place,” David Friedman, acting administrator of the National Highway Traffic Safety Administration (NHTSA), said in an interview. “That’s somebody’s child, somebody’s grandchild, somebody’s grandparent.”

As more and more people choose to walk, federal transportation safety experts are trying to figure out how best to keep them safe, and government grants may be the answer. The NHTSA and the Federal Highway Administration will award grants totaling $1.6 million to Louisville, Philadelphia, and New York for public education and enforcement programs designed to improve pedestrian safety. The hope is that programs developed in those cities will eventually serve as models for other cities, Friedman said.

The three cities that were awarded the grants plan to spend the money in various ways:

“They’ve put together plans that give us the confidence they will be able to really have an impact,” Friedman said. The success of the plans will determine future government grants in other locations. Be safe out there!