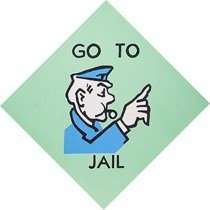 Foreword from Chris Johnson: On a personal note, I want to mention that I have a student, Jonghun L. in Connecticut, who received this same grant and used it properly. He operates a martial arts school in Connecticut and has put his funding to good use, helping at-risk kids.

A Forsyth County, Georgia woman will spend time in federal prison after being convicted of submitting fake government grants applications worth $600,000.

In addition to paying back all the money in restitution, 62-year-old Jessica Regas will serve one year and nine months in federal prison, and spend three years on supervised release.

According to information presented in court, Regas’ company became grantee in charge of the Drug Free Forsyth Coalition. Regas submitted several annual applications to the government, claiming 12 community representatives served on the coalition, and the organization could be sustained without federal financial support. But the coalition never had adequate representation or non-federal funds, according to U.S. Attorney Sally Quillian Yates.

Drug Free Forsyth Coalition was supposed to receive grant money annually from 2004 to 2013. The Georgia Martial Arts Foundation shut down in 2011, but Regas continued to submit applications for funding under the business’s name and received about $125,000 a year.

“Jessica Regas was greedy, and she manipulated the grant process to steal federal funds needed for substance abuse prevention,” said Derrick L. Jackson with the U.S. Department of Health and Human Services, Office of Inspector General in Atlanta. “We will continue to work closely with our law enforcement partners to identify individuals who steal crucial grant funds and victimize taxpayers.”

The Forsyth County Sheriff’s Office helped the Department of Health and Human Services investigate this case.