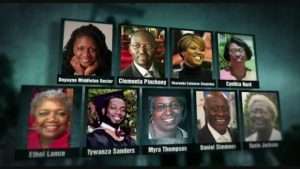 (From a CNN report)

Here’s one more way Charleston’s mayor says his community is fighting hate with love after nine people were gunned down in a church massacre: A $3 million scholarship fund.

“What a tremendous opportunity to show the world once more and again that goodness of heart overtakes evil, and that we continuously show the world how we respond to a tragedy,” said the Rev. Dr. Norvel Goff, presiding elder at the church. “We didn’t ask for it. It was a horrific situation. It was a terrorist act. It was racist. It was bigotry — all of the above. But through it all, we realize a lesson: It’s not what has happened, truly, but how we respond.”

Charleston Mayor Joseph Riley said the fund was started after Henry Louis “Skip” Gates Jr., a professor at Harvard University, reached out to him shortly after the shooting.

“He said that he had been contacted by people who wanted to be anonymous and wanted to do something to assist those who lost their loved ones,” Riley said.

The mayor said he wasn’t sure how many people had contributed to the $3 million fund, but he said the original donors were from outside South Carolina.

“These people will never get a pat on the back, and they’ll never know a recipient of these scholarships,” he said. “They’ll just know in their heart that in a moment of tragedy in America, they responded in such a positive and generous way.”

Others will be able to contribute to the endowment and help it grow, Riley said.

The fund is named for the Rev. Clementa Pinckney, the church’s pastor and a South Carolina state senator who was among the nine victims killed in last month’s shooting rampage.

“He was committed to quality education and educational opportunities for everyone,” Riley said, “so what we’re about to announce is a most fitting way to forever preserve the name of Rev. Pinckney and the cause for which he believed so strongly, as well as to help countless, hundreds and at times thousands of young people, attend college.”