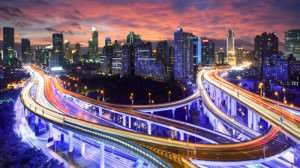 American cities looking to be more innovative in how they address local issues can now get a helping hand from former New York City Mayor Michael Bloomberg’s charitable foundation.

Bloomberg Philanthropies on Wednesday is announcing that it’s putting $45 million into grant for innovation. The grants are to help cities create teams that use data and other tools to come up with ideas for how to tackle problems.

“We’re asking cities to do so much more,” said James Anderson, who leads the government innovation programs at the foundation. “We need cities to come up with bigger, better ideas more often, and we don’t want to leave innovation to chance.”

The team approach that the foundation is championing “is one way mayors can increase the likelihood of generating more powerful ideas more often and reducing the risk of failure,” he said.

The foundation initially rolled out the Innovation Delivery model in five cities – Atlanta; Chicago; Louisville, Kentucky; Memphis, Tennessee; and New Orleans – which used the process to come up with ideas on a range of issues, from economic redevelopment to reducing violent deaths.

In this second round, eligible cities must have populations above 100,000 and be led by mayors who have at least two years left in office. The grant amounts can range up to $1 million per year for a three-year period. Anderson said the third year funding is contingent on cities beginning to include the innovation teams in their own budgets.

The application deadline is Oct. 6 and grantees are expected to be named by the end of the year. The foundation expects to select 10 to 15 cities.

While mayor of New York City, Bloomberg was a steadfast supporter of the idea that cities could be pathbreakers in coming up with new and more effective ways for government to function.