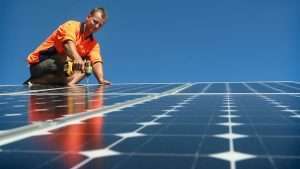 The first of the federal government’s Solar Towns Programme grants have been awarded to eight community groups across Tasmania.

The Solar grants, capped at $20,000 each, provide for the purchase and installation of either rooftop solar PV, a solar hot water system, or a solar heat pump hot water system on existing buildings (one year or older) which provide support to the local community.

The $2.1 million Solar Towns Programme was established as part of the Abbott government’s Plan for a Cleaner Environment – part of the Coalition’s tiny and rapidly diminishing concession to the Australian renewables market, made alongside the One Million Roofs and Solar Schools programmes.

When details of the program were originally released, Hunt said his government would provide $50 million each for Solar Towns and Solar Schools.

Back in September 2013, the Coalition revealed plans to strip the Australian Renewable Energy Agency of $150 million in funds over three years to help pay for the million solar rooftops plan.

The Coalition also decided last year that the rebates offered under the millions solar roofs program would be cut from $1,000 per household to $500.

The latest call for applications has gone out to community organizations from the Surf Coast Shire of Victoria, and closes 2pm on Friday 20 February 2015.